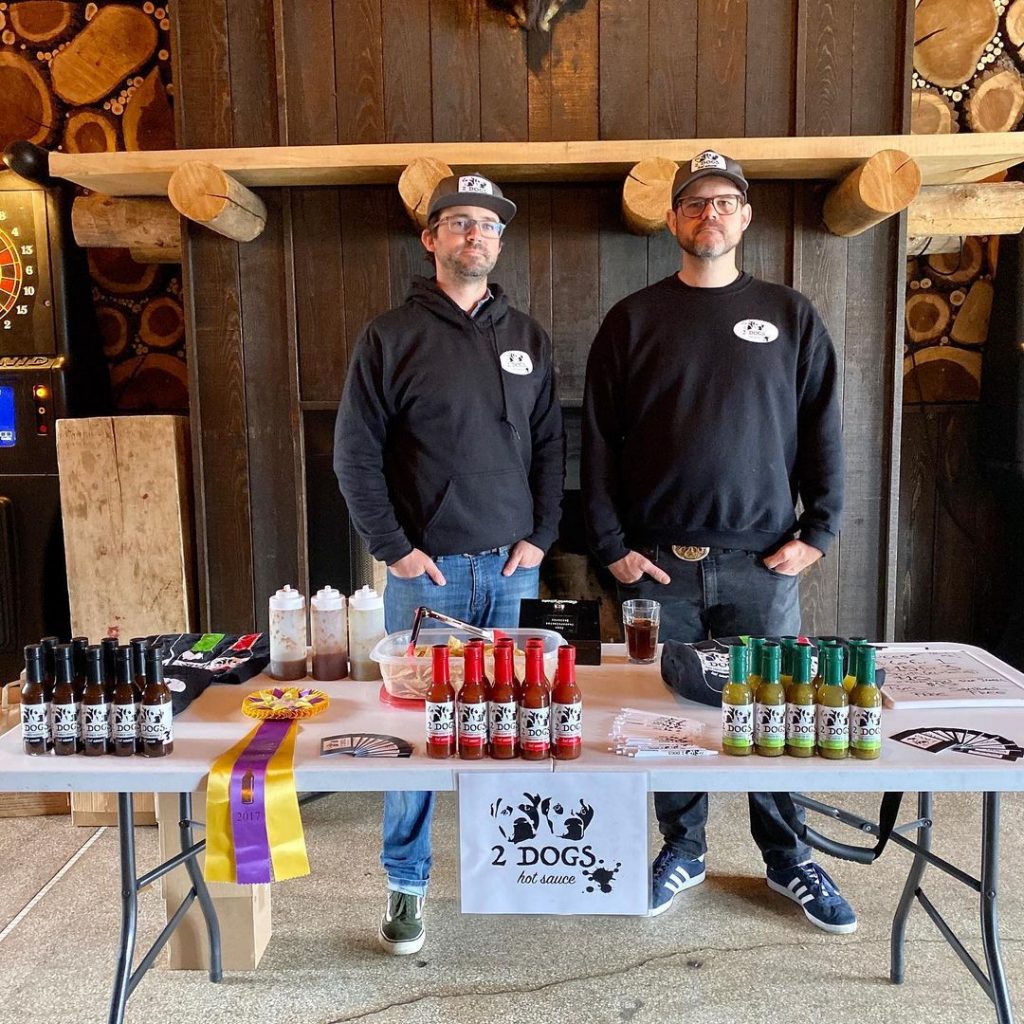 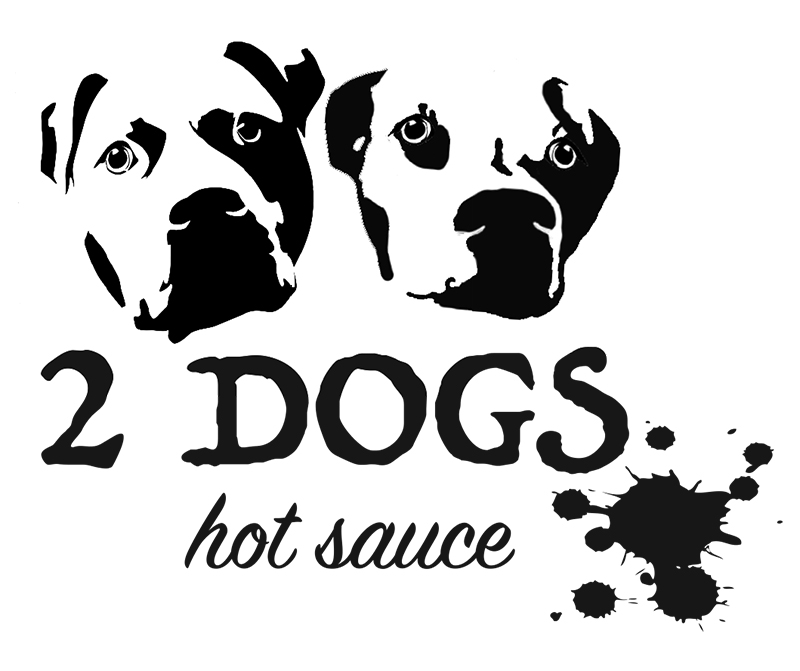 2 Dogs Hot Sauce is gluten free, vegan friendly, and was created in Ferndale Michigan by Brian Jones and his collaborator, Todd Larson. Next time you want a great tasting hot sauce, try grabbing the sauce with the two dogs on the label.

What was the moment that made you decide you wanted to start a hot sauce company?

“Last year, after my stroke, the death of a close friend, and traumatic injury to my wife, I decided it was time to create something positive, but NOT cult related – something that will give me the satisfaction of birthing bottles of tasty hot liquid pepper children. For just over 3 years, I have been lucky to be able to play with my band S.U.B. Despite having had to switch from drums to guitar after my stroke, I continue to feel lucky to be alive and playing any instrument at all. Although music is one of the most important things in my life, I felt it was time to re-direct that passion with all of the change that has occurred. Now, it is finally time to put 2 Dogs Hot Sauce into production, and a lot of local Michigan markets and homes – that’s where you come in”- From the kickstarter in December of 2016

While healing from my stroke, stuck in my house, I made many different sauces. I love hot sauce, but the peppers themselves also have medicinal qualities. It’s an antihistamine, it’s great for blood flow – it’s great for everything! I can’t think of a single thing it’s bad for, except if it’s too hot. So I would give sauces to my friends to try, and eventually they suggested that I sell them. I was stoked! I had created something that people actually enjoyed. I started researching the steps needed to create a company, and get licensed. My dogs were always around me, and I knew that if my company was going to happen, they would have to be the mascots. Walter is the dog on the left, and ChiChi is on the right. (Hank or Henry is on the Future Sauce label.)

While this was going on, I had been giving away/selling different hot sauces at shows with my band’s stickers as labels for close to a year before the actual Kickstarter launched. The $3,000 in funding from that allowed me to make the first order of sauce. It consisted of 25 cases Black Garlic Habanero, and 25 cases of Michigan Cherry Habanero. I met Todd Larson in September of 2016 through playing music, and he being a graphic designer was able to help finalize the idea I had for the label. We joined forces after the success of the Kickstarter, along with the help and support of so many people that believed in me. I can’t really thank them enough. Since then we have continued to make delicious sauces, and grow as a company. No one knows what the future will bring, but I think it looks pretty bright.

How did you get into cooking and making hot sauce?

Right after high school I didn’t want to go to a big college. I was like, “I’ll just cook.” Started at Outback Steakhouse, banquet halls, and even became a sous chef. Eventually I quit because the stress got to be too much, which is weird now that I’m a bartender who’s also a manager. So I cooked for around fifteen years in all types of kitchens, and attended culinary school in my teens through my late twenties/early thirties. I went through Oakland Community College’s culinary program, and I can recall the minute I decided I didn’t want to do that anymore. I was one of the only people in my class who had a job cooking at the time, and the teacher called on me in front of everybody. “He’ll know what this is, because he works in the industry.” She points at this thing, and I say “Oh yeah, that’s the soup warmer.” She looks at me, and says “No, that’s a bain-marie…” Yeah, alright, but it warms soup. Cooking school isn’t for me.

Which 2 Dogs Hot Sauce is your favorite?

I like them all, but If I had to pick I’d be torn between the Pineapple Chipotle M-43, and the Black Garlic Habanero. However, it really depends on what food it’s going on.

Some of the best memories I have with 2 Dogs are the tastings. I was at a tasting once, and some guy tasted the Black Garlic Habanero and said “why would you make that?” I didn’t know what to say, but to this day I think that’s the funniest reaction. This other time we were at this festival, and this guy was going on about how he could take any level hot sauce. Then he tries the Give Up the Ghost sauce, and is rolling around crying on the floor. I mean, everyones heat tolerance is different. He had been talking this huge game, so it was kind of funny to watch when ten minutes earlier a girl no older than nine-years-old was eating the same sauce, and was fine.

Where do you want to take 2 Dogs, what is the future for the company?

You never go where you think you’re gonna go. You just follow where the path takes you. That being said, I want to get back in the kitchen and have my own facility where I can just create all the time. That’s my favorite part about all this – I’m not a businessman. I just want to make sauce, make condiments, and make food.

If you could add more flavors, or other condiments to your lineup, which ones would you like to do?

We’ve got a chili crisp that I made a good recipe for, but I’m not sure it’ll come out due to the cost. There’s also a great mustard based hot sauce, and we’ve talked about making a black garlic ketchup. I’ve got all kinds of ideas, but it’s finding the time to do it. You can make anything work, you just have to pick a pepper and go from there.